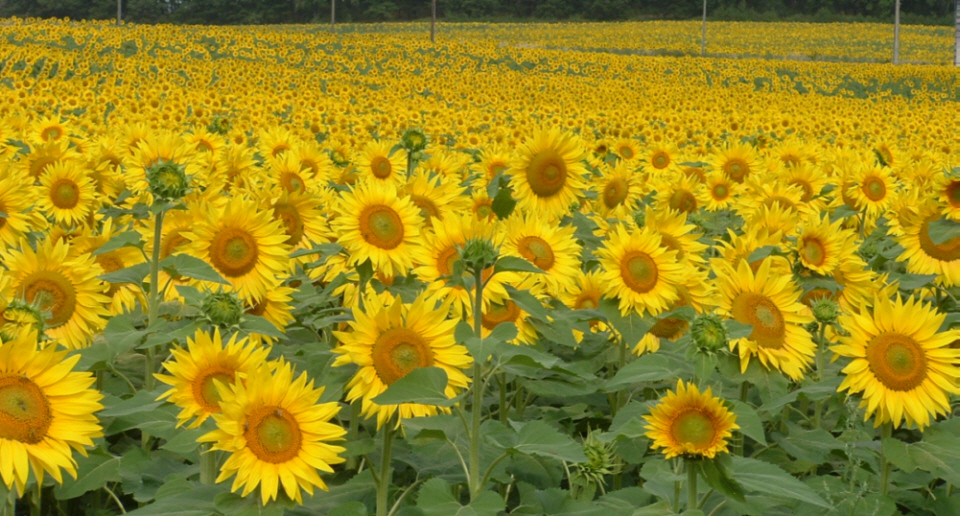 I believe it is due to a combination of their drought resistance and the availability of European Community grants, but there are fields of sunflowers everywhere at the moment.

I'd like to start a topic about Uncommon Descent and the dishonest way they try to wow their readers with BS.

The latest example is a post about bacteria that excrete metal nanowires. This is cool, but it's really not that special.

The fact that microorganisms excrete metals is far from new. A friend of mine would feed certain bacteria metal ions and they'd crap out reduced metal, usually in the form of nanoparticles or nanocrystals. The nanocrystals would even have neato shapes, like tertrahedra and cubes, but that is due to the crystal structure of the metal and slow crystal growth, not to some magic that was front-loaded into the bacteria. These metal nanowires are just anopther case of that. This time, though, the crystal grew along one crystallographic axis for a really long time, yielding a nanowire. Nothing magic, just chemistry and biology at work.